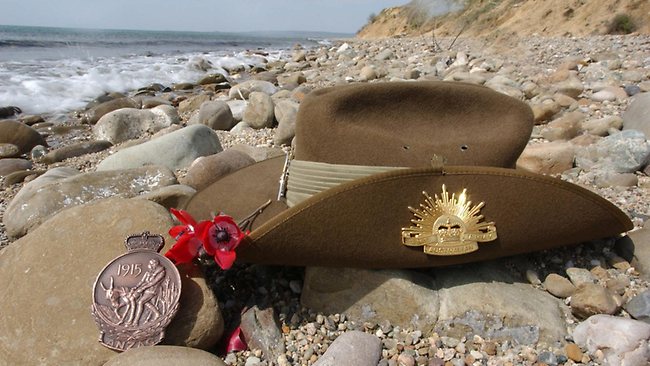 ANZAC Day goes beyond the anniversary of the landing on Gallipoli in 1915. It is the day we remember all Australians who served and died in all wars, conflicts, and peacekeeping operations. The spirit of ANZAC, with its qualities of courage, mateship, and sacrifice, continues to have meaning and relevance for our sense of national identity. On ANZAC day, ceremonies are held in towns and cities across the nation to acknowledge the service of our veterans. 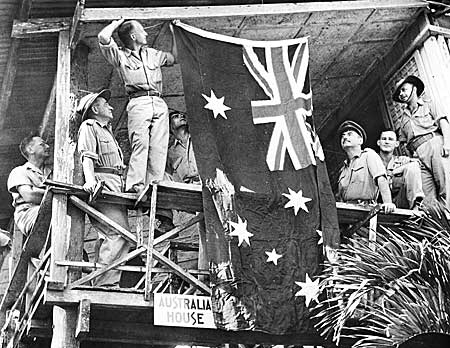 This resource covers Australia's involvement in war, from the time of the first settlement at Sydney Cove in the 18th century to our peacekeeping roles under United Nations auspices and the First and Second Gulf Wars. 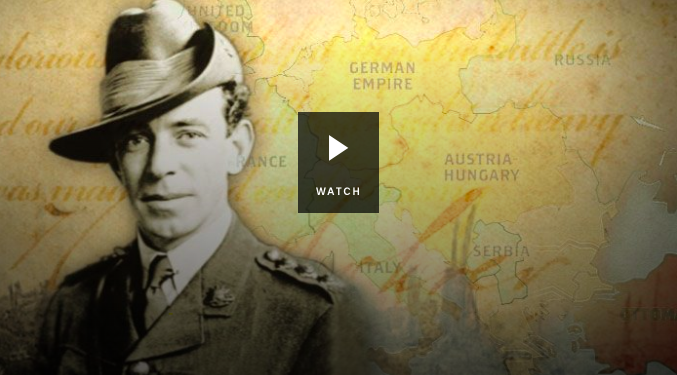 On the 25th of April 1915, Australian and New Zealand soldiers formed part of the allied expedition that set out to capture the Gallipoli peninsula. These became know as Anzacs and the pride they took in that name continues to this day. 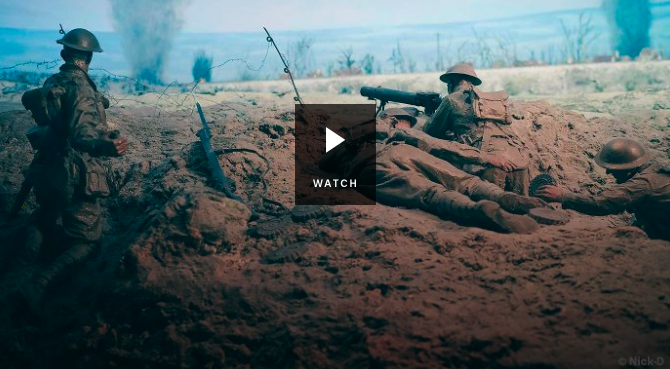 The Story of WWI - BTN 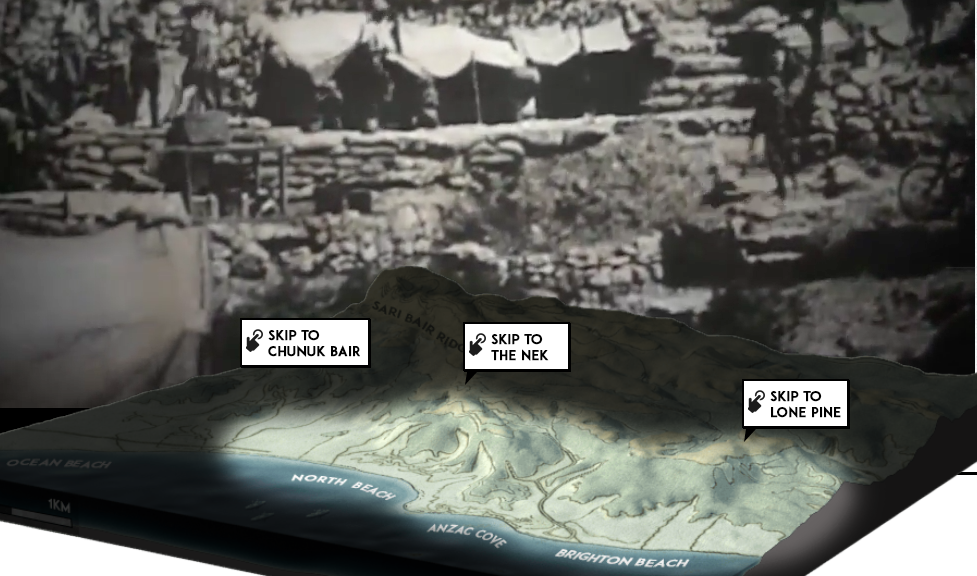 Videos and Images from World War 1 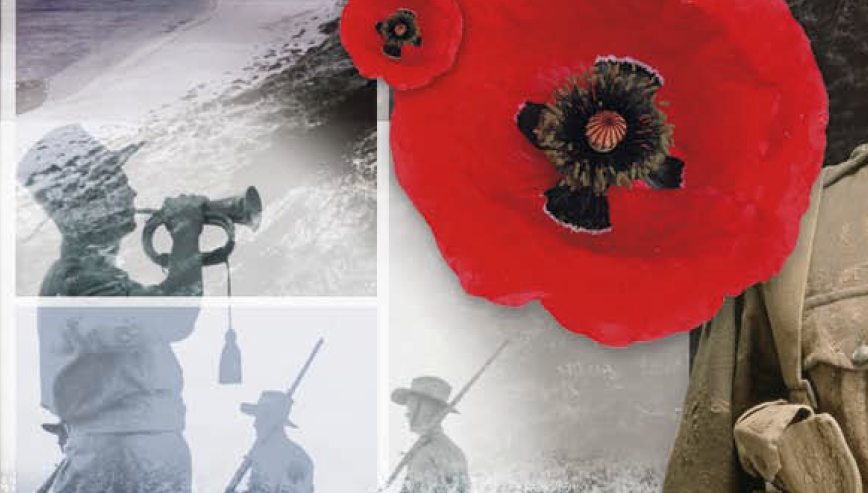 Their Spirit, Our History 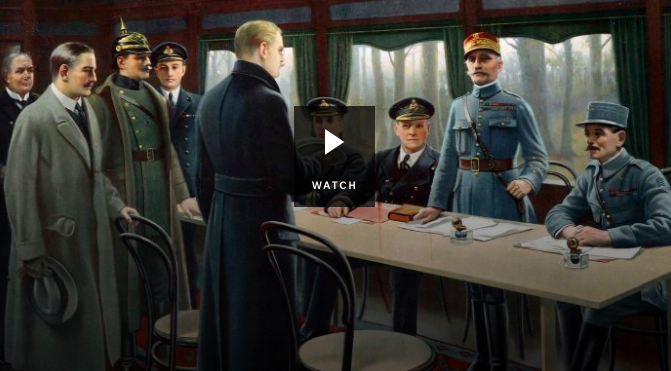 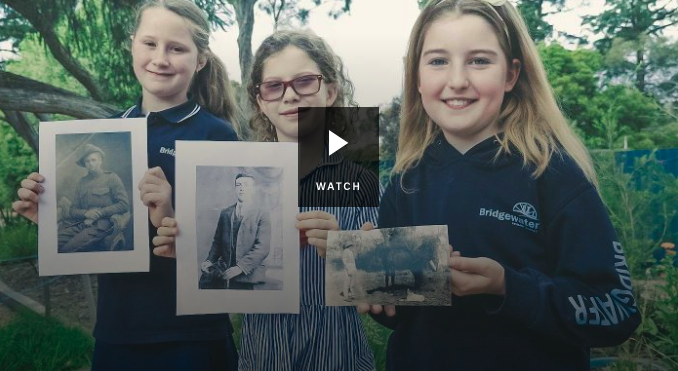 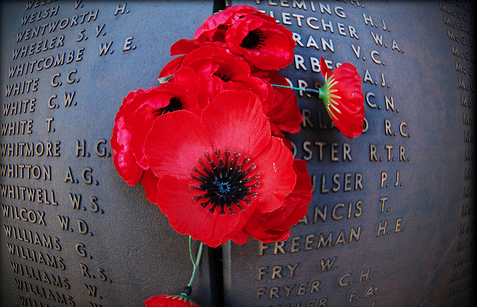 The Flanders poppy has long been a part of Remembrance Day, the ritual that marks the Armistice of 11 November 1918, and is also increasingly being used as part of Anzac Day observances. During the First World War, red poppies were among the first plants to spring up in the devastated battlefields of northern France and Belgium. In soldiers' folklore, the vivid red of the poppy came from the blood of their comrades soaking the ground.

This resource covers Australia's involvement in war, from the time of the first settlement at Sydney Cove in the 18th century to our peacekeeping roles under United Nations auspices and the First and Second Gulf Wars.

On the 25th of April 1915, Australian and New Zealand soldiers formed part of the allied expedition that set out to capture the Gallipoli peninsula. These became know as Anzacs and the pride they took in that name continues to this day.

Their Spirit, Our History

History and traditions of ANZAC Day 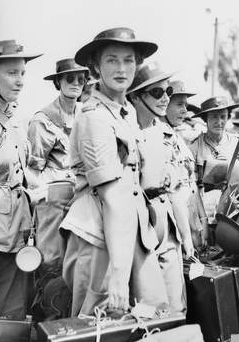 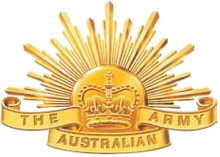 Online exhibition of the history of ANZAC Day

Videos and Images from World War 1

Select this button, then look for it on the Library website, and search for the eBooks shown below:

History of the Dawn Service 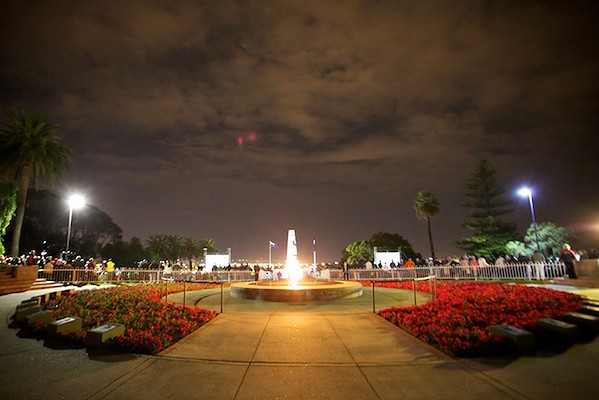 After the First World War, returned soldiers sought the comradeship they had felt in those quiet, peaceful moments before dawn. A dawn vigil, recalling the wartime front line practice of the dawn ‘stand-to’, became the basis of a form of commemoration in several places after the war. 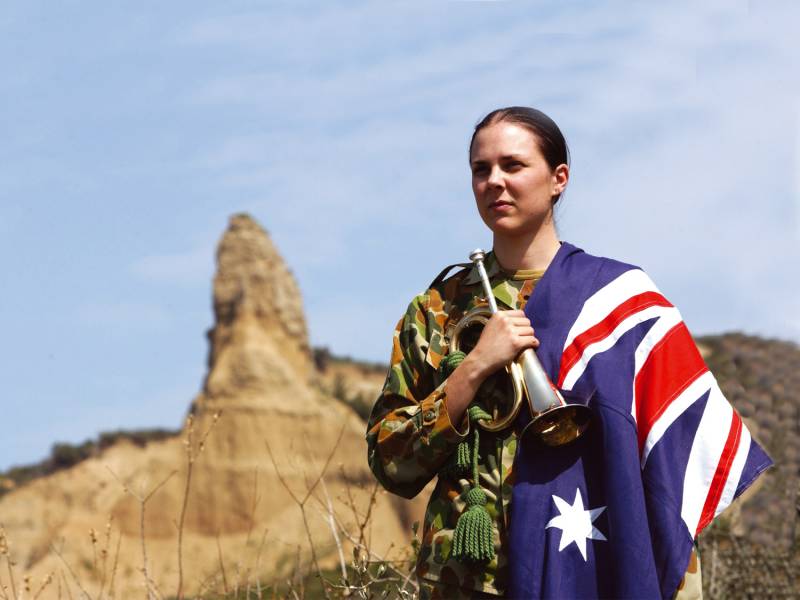 In military tradition, the Last Post is the bugle call that signifies the end of the day's activities. It is also sounded at military funerals to indicate that the soldier has gone to his final rest and at commemorative services such as Anzac Day and Remembrance Day.

Honours and awards are given in recognition of gallant or distinguished conduct or service during wartime. 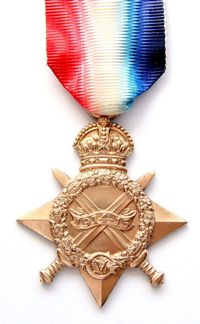 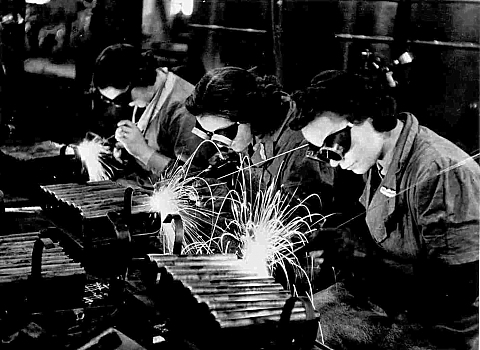 The involvement of Australian women in each war is closely connected to their role in society at different times, and the nature of each war. On the home front, women dealt with the consequences of war - managing children and family responsibilities alone, shortages of resources, as well as their fears for the future, and the grief and trauma of losing loved ones. Many women were also actively involved as nurses and in other active service duties, and contributed more actively to war efforts through military service. 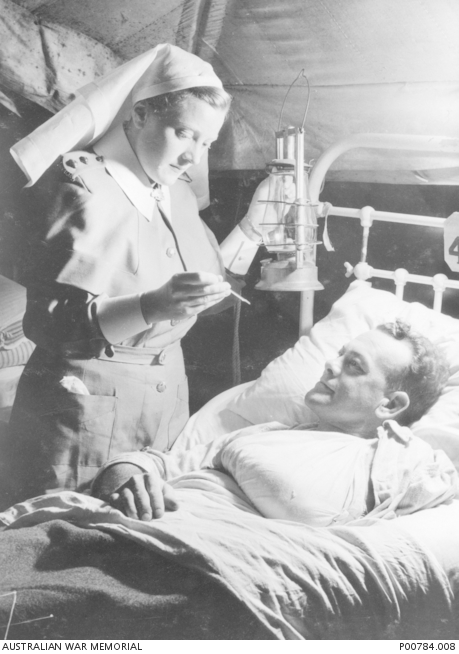 More than 3,000 Australian civilian nurses volunteered for active service during the First World War. While enabling direct participation in the war effort, nursing also provided opportunities for independence and travel, sometimes with the hope of being closer to loved ones serving overseas. 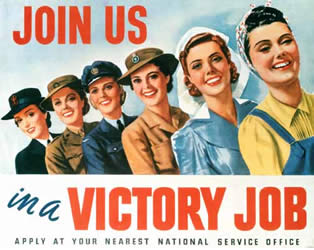 The wars in which Australia has been involved have had profound effects on the lives of women. In earlier conflicts women supported the men who went away to fight through fundraisers and providing comfort packages. The Australian Army Nursing Service Reserve was formed in 1902 and women served at home and overseas with this service.

During World War Two some joined the officially organised women's services. Others entered the workforce, to replace men recruited into the armed forces, often doing jobs traditionally viewed as 'men's' work. On the homefront there were many disturbances to everyday life. Families were disrupted as men went away to war and communications were limited by transport problems and restrictions imposed by censorship. Clothes and food rationing were also introduced.

Biographies of Women involved in wartime

What did the war do for women?

Select this button, look for it on the Library website, then search for the eBooks shown below:

Simpson and his Donkey 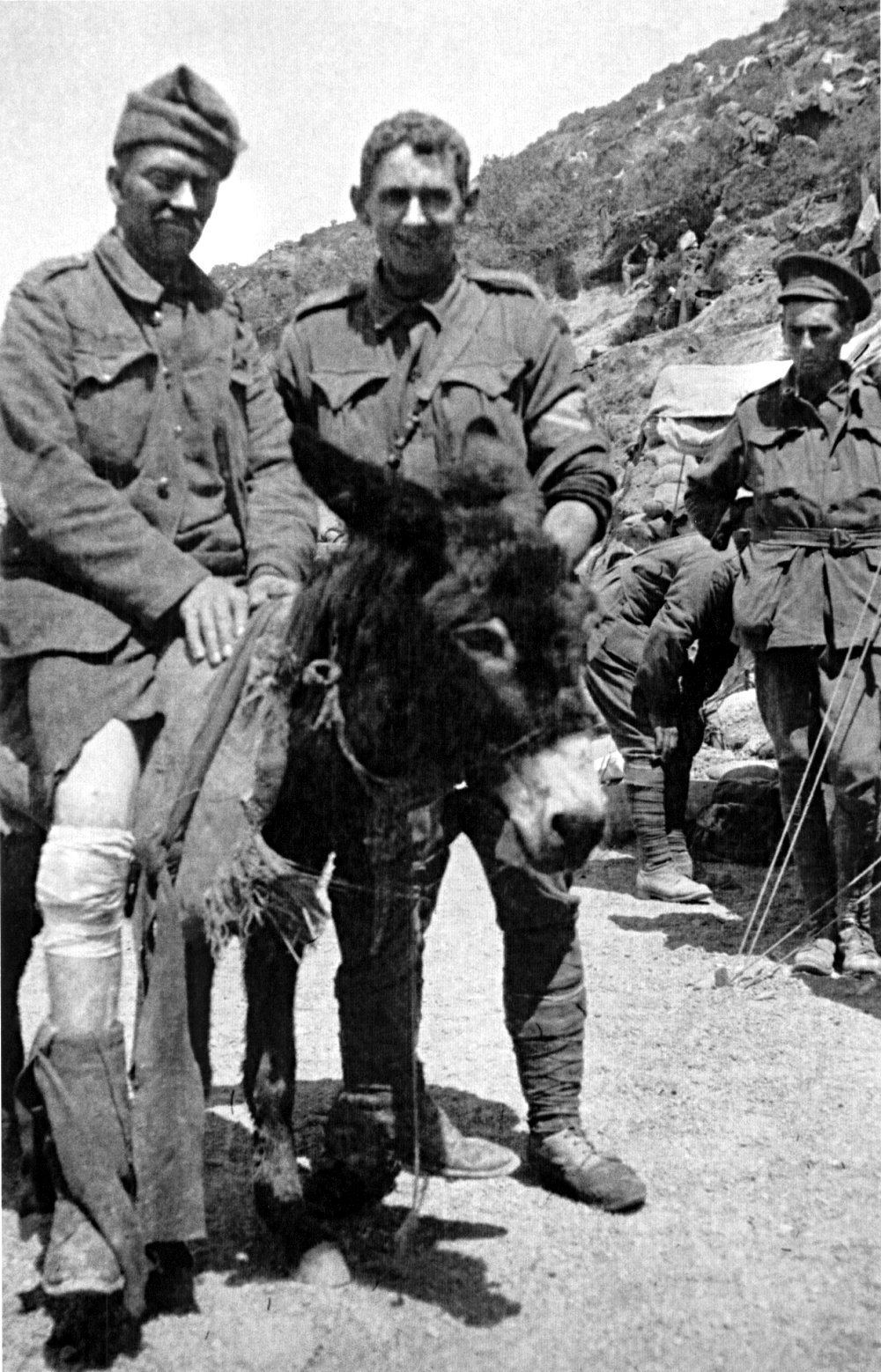 Simpson and His Donkey

John "Jack" Simpson Kirkpatrick who served under the name John Simpson, was a stretcher bearer with the Australian and New Zealand Army Corps (ANZAC) during the Gallipoli Campaign in World War I. After landing at Anzac Cove on 25 April 1915, he obtained a donkey and began carrying wounded British Empire soldiers from the front line to the beach, for evacuation. He continued this work for three and a half weeks, often under fire, until he was killed, during the Third attack on Anzac Cove. Simpson and his Donkey are a part of the "Anzac legend".

The Australian military history has featured many notable personalities - courageous, talented, compassionate, insightful, and even notorious! Here you will find the stories of some of these remarkable people.

Books from the library 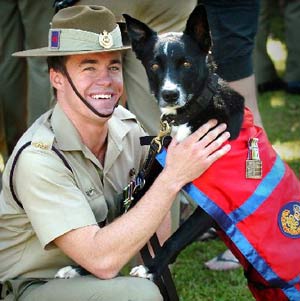 The PDSA Dickin Medal, recognised worldwide as the animals’ Victoria Cross, is awarded to animals displaying conspicuous gallantry or devotion to duty while serving or associated with any branch of the Armed Forces or Civil Defence Units. The PDSA Dickin Medal is the highest award any animal can receive whilst serving in military conflict. 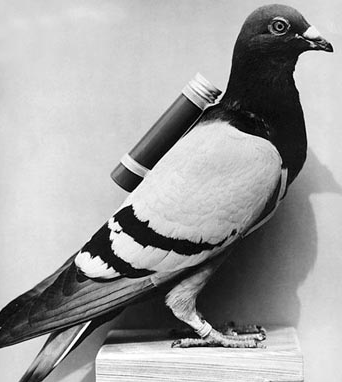 Animals are often the forgotten army of War. Millions of animals gave their lives to help the forces on all sides. They were selected for their variety of natural skills and instincts and they displayed unwavering courage even when exposed to extreme conditions. Animals were put to many uses in war and sometimes they had jobs to do: the horses, camels, mules, and donkeys were used to transport soldiers and equipment, as well as carrier pigeons and tracker dog with their special talents. Often animals are used as mascots and pets, or as symbols on badges and flags.

M is for Mates

A is for Animal

Select this button, look for it on the Library website, then search for the eBooks shown below:

Books from the Library 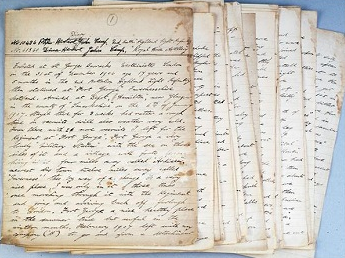 Many of the combatants of the First World War recorded the daily events of their experiences in the form of a diary.  Some were subsequently published after the war and have become celebrated.  Many more, however, remained tucked away in cupboard drawers for years, unpublished and unseen. 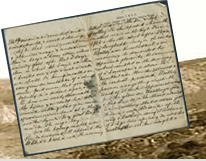 Books from the Library