From the depths of Ningaloo Marine Park to the remarkable and little known fringing reefs of the Kimberley Browse Marine Region; from the discovery of coral spawning to new species which hold potential cures for illnesses - marine scientists share their passion for the ocean and their quest to understand its secrets.

Large Marine Ecosystems (LMEs) are wide areas of ocean space along the Earth's continental margins, spanning 200,000 square kilometres or more and extending from estuaries and river basins seaward to the outer margins of major currents or the edge of continental shelves.

Click on the image below to go to this interactive site. Explore the marine regions around Western Australia by selecting the different areas on the map. 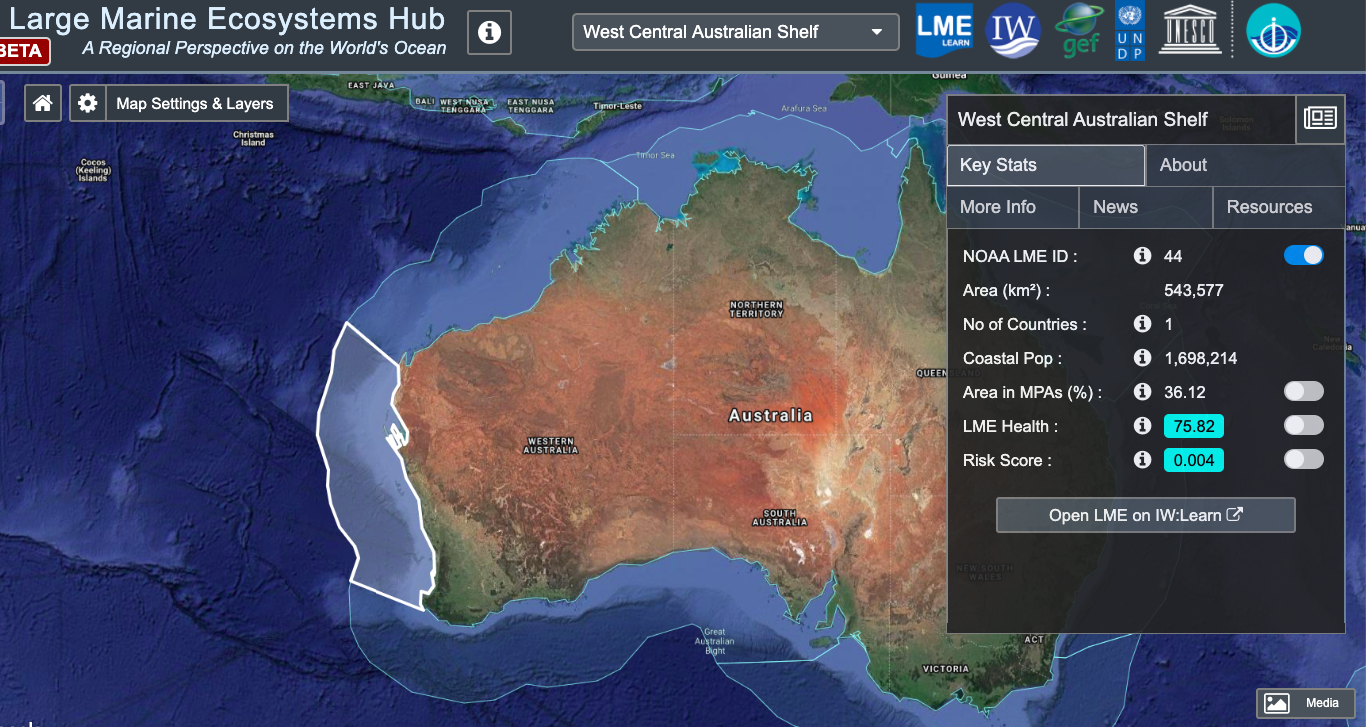 This programme looks at the basic lifestyles of organisms in the sea. The first three lifestyles are the most fundamental drifters, swimmers and bottom dwellers. The second three are the basis of all food webs producers, consumers and decomposers. These 3 X 3 basic rules give us a fundamental way of understanding how any ocean ecosystem works.

Introduction to the Marine Ecosystem of Western Australia

Western Australia’s coastline spans more than 13,500km and is home to some of the world’s most remarkable ecosystems and marine wildlife, including massive whale sharks, humpback whales and several threatened species of sea turtles.

Unusual oceanographic conditions along the coast have produced a wide variety of ecosystems with many unique features. Extensive coral reefs, estuaries, intertidal mangrove forests, seagrass beds, sandy beaches and coastal saltmarshes dominate the tropical north and also occur along the west coast. Rocky shores, sandy beaches, algal reefs and kelp forests, replete with a large proportion of species unique to southern Australia such as the Australian sea lion and leafy seadragon, are found in the warm temperate southern waters. An area of biological overlap, between North West Cape and Cape Leeuwin, has marine flora and fauna that is a mixture of these two regions.

The marine waters between Ningaloo Marine Park and the Northern Territory border are of immense significance. The Kimberley region is one of the most pristine areas remaining in the world, and the State Government has established new marine parks in the Kimberley at Camden Sound and Eighty Mile Beach, with commitments to establish three more marine parks at Horizontal Falls, North Kimberley and Roebuck Bay.

Life in the Sea explains the distinguishing features of the six most common phyla - from the basic body plans of sponges to the sophisticated anatomy of the chordates. The key points of each body plan are explained and how they equip their owners for survival. After watching this program, students will be able to classify the most common marine organisms at the phylum level.