Maya Angelou (born Marguerite Annie Johnson; April 4, 1928 – May 28, 2014) was an American poet, memoirist, and civil rights activist. She published seven autobiographies, three books of essays, several books of poetry, and was credited with a list of plays, movies, and television shows spanning over 50 years. She received dozens of awards and more than 50 honorary degrees. Angelou is best known for her series of seven autobiographies, which focus on her childhood and early adult experiences. The first, I Know Why the Caged Bird Sings (1969), tells of her life up to the age of 17 and brought her international recognition and acclaim. Gone too soon in 2014 at the age of 86, Dr. Angelou’s legacy lives on through the words she used to eloquently, powerfully, and honestly express emotions, capture experiences, and spread hope.

She is considered one of the most influential voices of her time.

Poetry has long been a means to express observations, opinions, emotions and ideas. In Analysing and Appreciating Poetry, explore some of the formats and devices of poetry, and uncover an appreciation for the use of language and theme. Classic examples from renowned poets from different eras are used to illustrate many different types of poetry and the rich use of figurative language. Discover the benefits of both reading and hearing a poem, and experience the connection between poetry and the world around you. From the rhyme and meter of a sonnet to all the possibilities of free verse, students will enjoy this exploration into one the most expressive forms of literature. 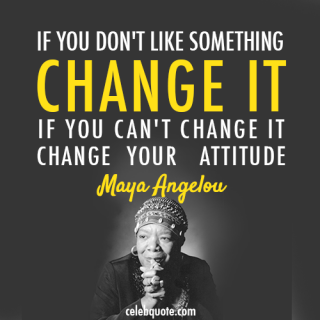