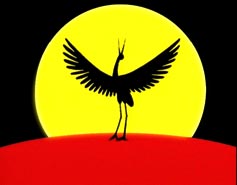 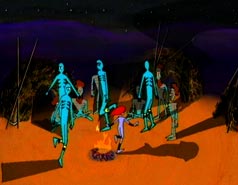 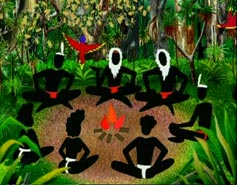 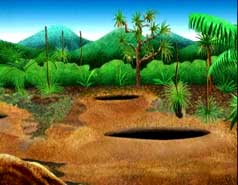 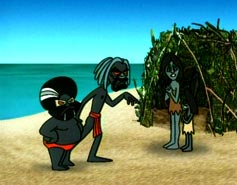 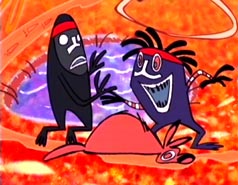 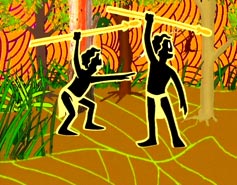 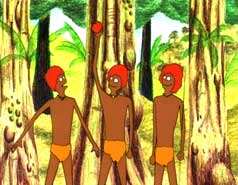 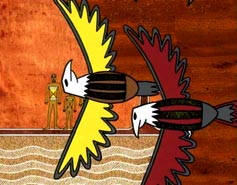 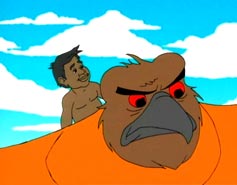 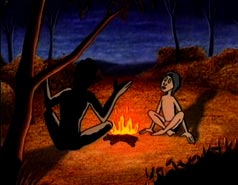 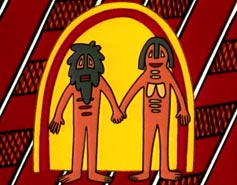 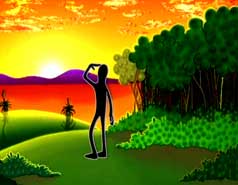 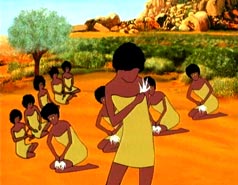 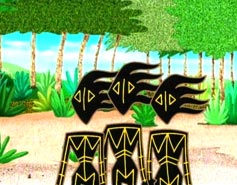 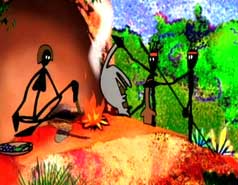 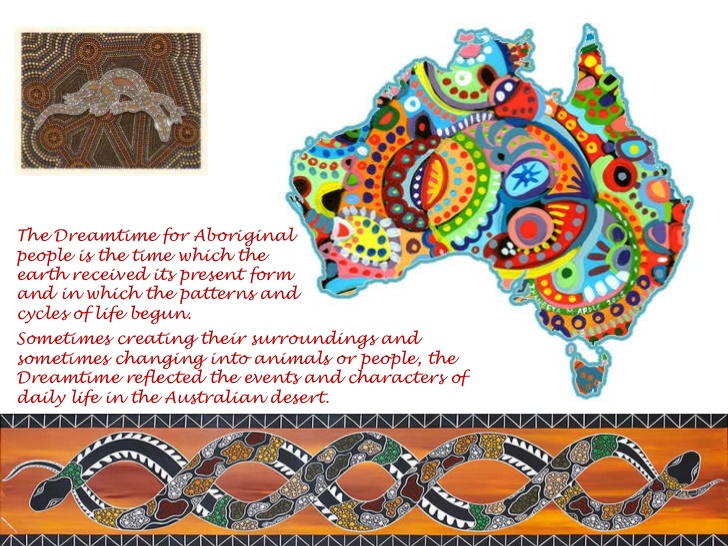 This guide contains selected titles from "The Dreaming" stories, produced in animated videos by Aboriginal Nations Australia, and available from ClickView Exchange. The available titles are shown in yellow on the 'Contents' page, and listed in order of the series in which they were released.

A copy of the set of DVD's is also available from The Collinson Library, Carramar campus. Select the resource below to obtain more information about this series.

Aborigines have the longest continuous cultural history of any group of people on Earth. Estimates date this history between 50,000 and 65,000 years. Before European settlement of Australia, there were around 600 different Aboriginal nations, based on language groups.

Aboriginal people believe ancestral spirits created the landscape and their travels, known as songlines or Dreaming tracks, acted upon the earth in the Dreaming. The Dreaming is the English word used to describe this time of creation but most Aboriginal tribes have their own words. The clans of Central Australia call it "Tjukurrpa," which translated means to 'see and understand the law' as it is translated from the Arrernte language.

Once the ancestor spirits had created the world, they changed into trees, the stars, rocks, watering holes or other objects. These are the sacred places of Aboriginal culture and have special properties. Because the ancestors did not disappear at the end of the Dreaming, but remained in these sacred sites, the Dreaming is never-ending, linking the past and the present, the people and the land.

Our story is in the land ... it is written in those sacred places ... My children will look after those places, That's the law. Bill Neidjie , Kakadu elder.

These stories show the deep connection Aboriginal people have with the land, and the complex relationships between animals, plants, people and landscapes.  In Indigenous culture, the health of the country and animals is linked to the health of the people who belong to and protect the landscape. These songs and stories, that trace the ancestral songlines, give meaning to Aboriginal lives by providing spiritual and moral guides to behaviour and actions.  They also help to protect their lands and special animals.

The stories are as varied as the many kinship groups of Aborigines. Through song, dance, painting and storytelling, often accompanied with music from clappings sticks, didgeridoos or other instruments, Aborigines have maintained a link with the Dreaming from ancient times to today, creating a rich cultural heritage.