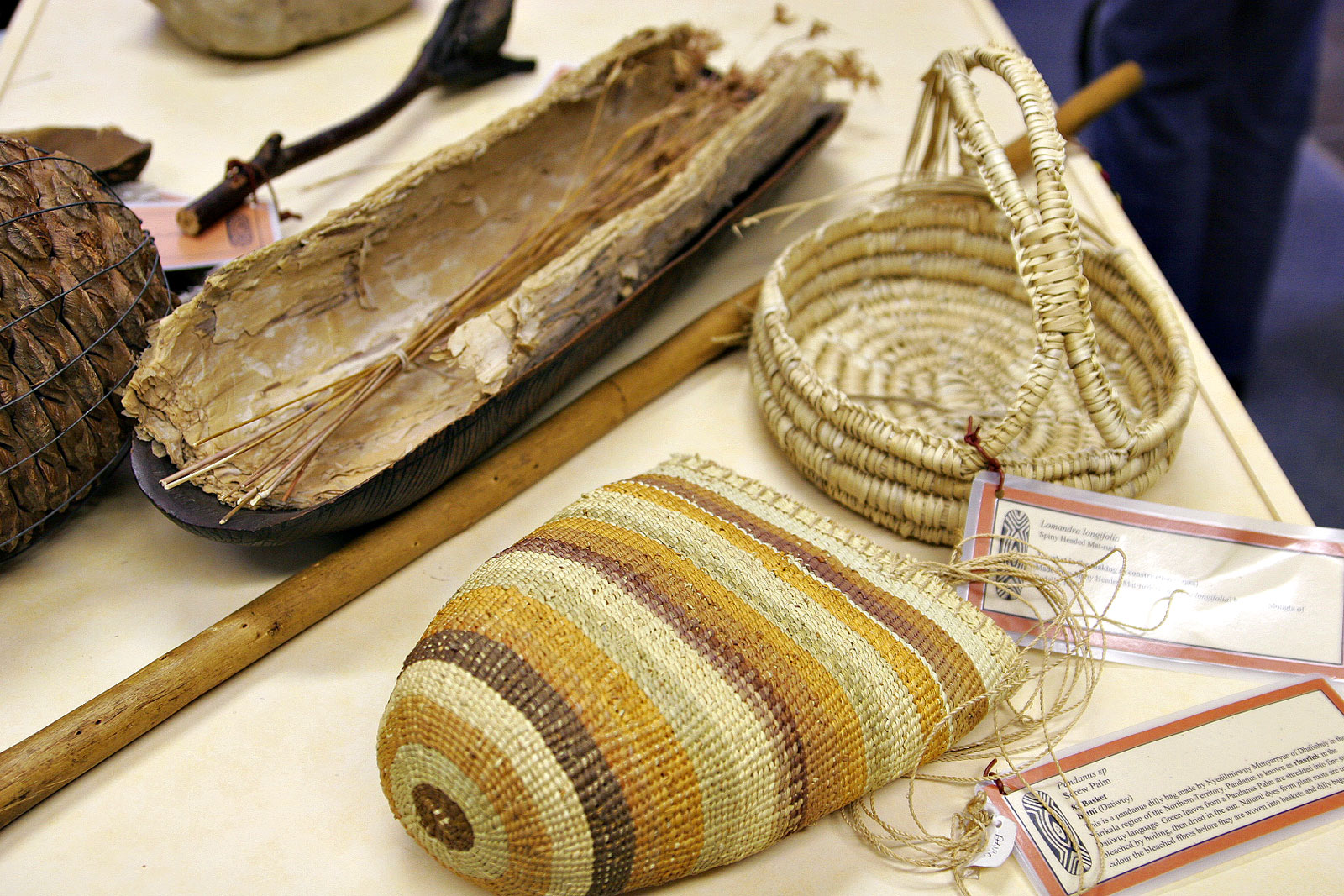 Baskets made of twisted bark fibres. 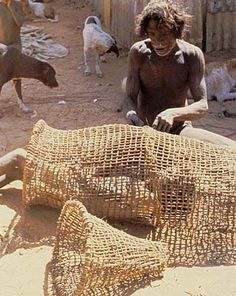 Fishing nets made of twisted fibres. 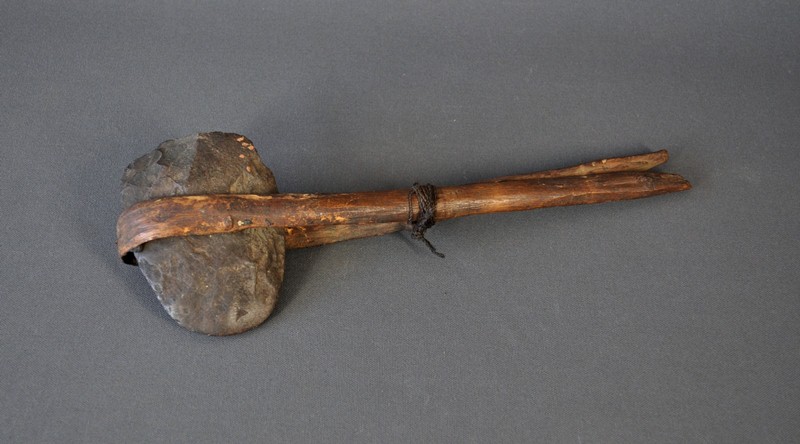 Axe, made from stone and wood bound by fibres. 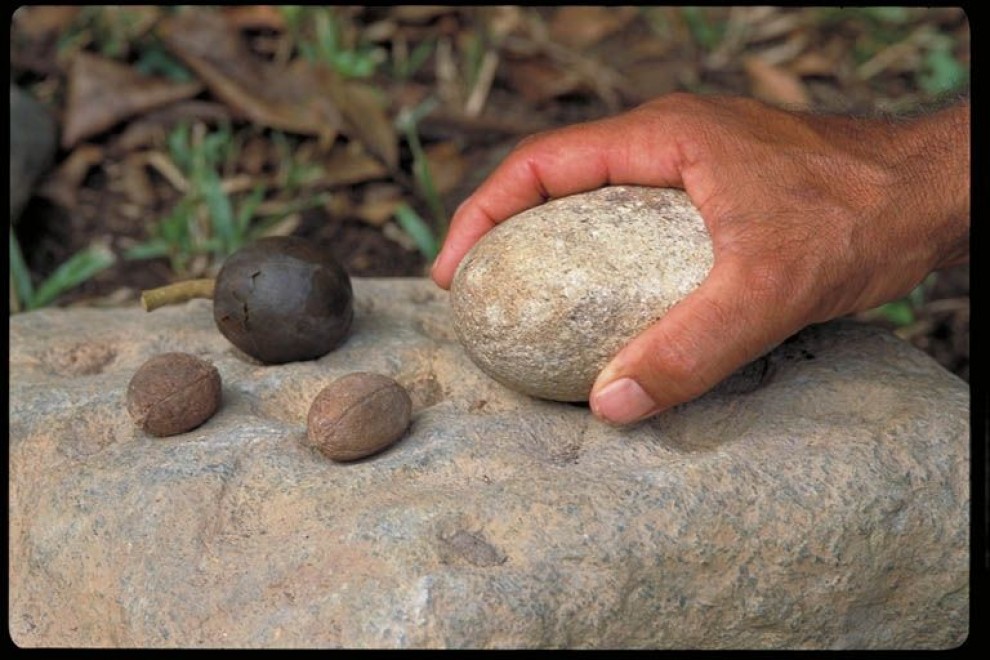 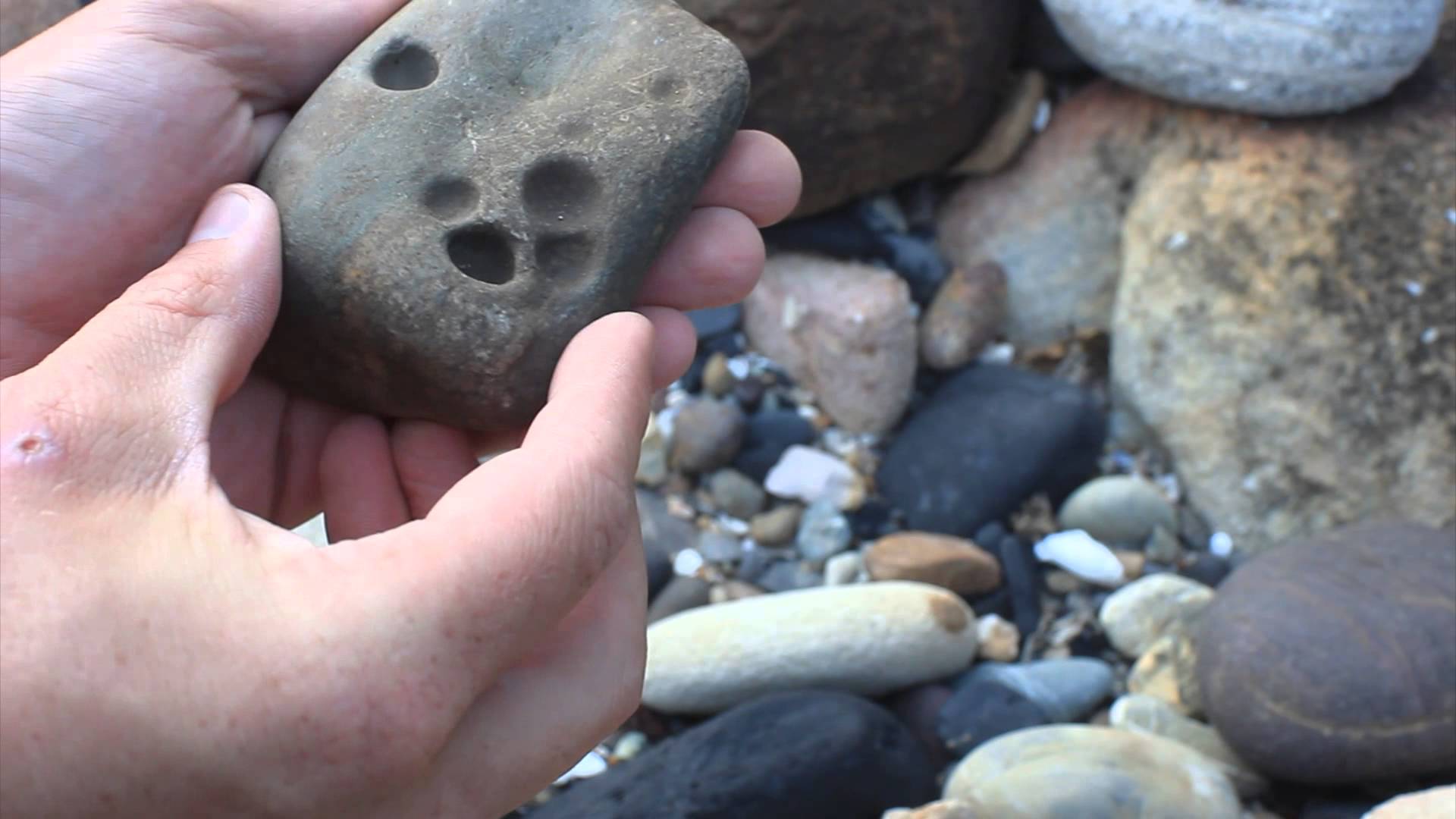 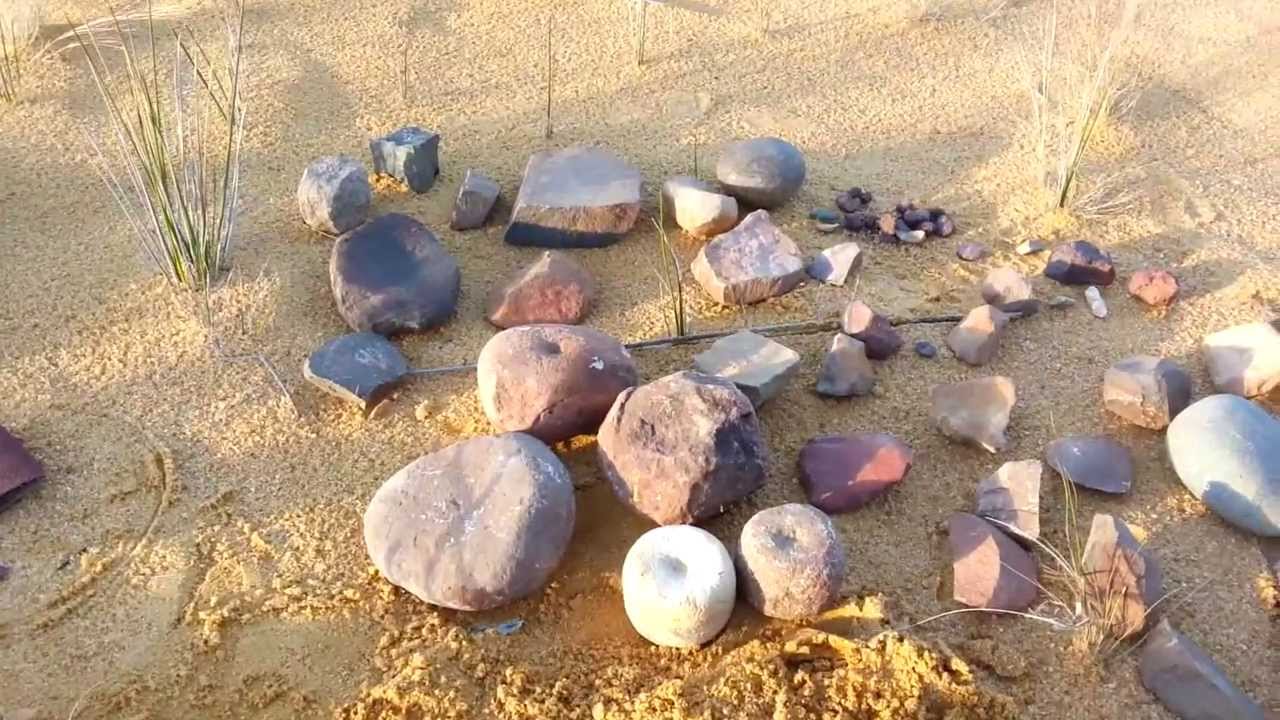 An assortment of Noongar stone tools. 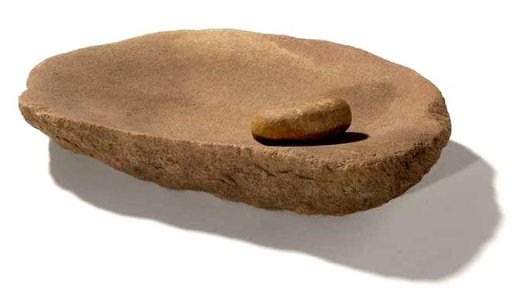 A fragment of the world's oldest known ground-edge axe has been found in the remote Kimberly region of northern Australia.

The discovery pushes back the technological advance to between 45,000 to 49,000 years ago, and coincides with the arrival of people in Australia.

The fragment is 10,000 years older than the previous oldest known fragments found in northern Australia in 2010.

Fibrework nets, traps, baskets and bags are used extensively for fishing and hunting. Some baskets and bags are so tightly woven that they can carry honey or liquids. Bags are generally collapsible and sometimes, expandable. They are mainly used for carrying food and sometimes babies. String bags are also used to sift seeds.Looped or twined fibre nets are used to catch kangaroos and emus, as well as ducks, fish and eels. In central Arnhem Land, men use hinged nets to scoop up the fish. In Tasmania, mollusc carry baskets made from twined bark fibres are used for collecting oysters, mussels and other shellfish.

In Arnhem Land, fibre work and containers is associated very closely with major Dreaming stories. Weaving baskets and bags helps define the knowledge and status of women in communities as women have to earn the right to that knowledge.

Kurrajong bark is a popular choice, and the bark of river wattles, sand figs, banyans, burney vines and peanut trees is also used.

The more tightly woven styles were made in the north and the looser stringed bag, popularly known as a dilly bag, was made in the south.

Hairstring was an important textile traditionally made by Australian Aborigines. People, particularly the women, cut their hair regularly using quartz or flint knives. This hair was never wasted. It was spun into long threads of yarn on a spindle rolled on the thigh and then plaited to about the thickness of 8 ply wool.

The string was used to make the head ring, for resting the Coolamon, headbands to keep the hair off the face, spear-making (securing the head to the shaft), and even balls for ball games.  A general-purpose belt was also made, to hang things such as small game (like goannas) so the hands are fre on long walks and hunts.

The string could be dyed various shades using dyes such as ochre.In some tribes, adults wore a loincloth, which also hung from the waist belt. This was made either of the string itself, or of other material, including paperbark. In the Kimberley region of Western Australia, the men wore pearl shells, which they call Riji, and which are considered extremely sacred.

Throughout Australia, Aboriginals had over 200 different languages and 600 dialects, yet no written language. Communication of information to all these different groups was often through a message stick. Each stick was carved in a way that would help the carrier remember the message and prove to the recipient that the information was genuine. Message sticks meant that a complex or very long message could be communicated between people. This was supported by people who acted as 'diplomats' and others who were multilingual and used as translators.

Spinifex resin is a thermoplastic bio-molecule used extensively throughout Australia by Aboriginal people. Both men and women are involved in the processing of the resin.

Ray Mears meets an aboriginal tribe in Australia and learns how they make fire from an early age.

Bunda tries everything to get his older brothers attention but all Bunda gets is his brothers anger and contempt. Will they ever learn to stop teasing each other and become friends as well as brothers?

Based on the much loved Australian children's classic by Nadia Wheatley and Donna Rawlins. My Place tells the story of the children who live in one place over 200 years.