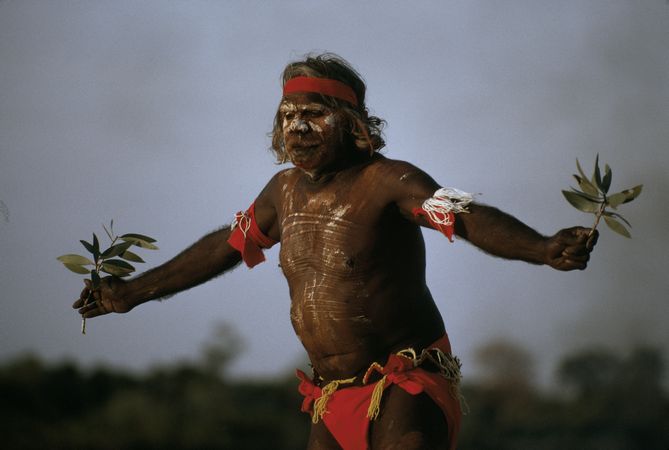 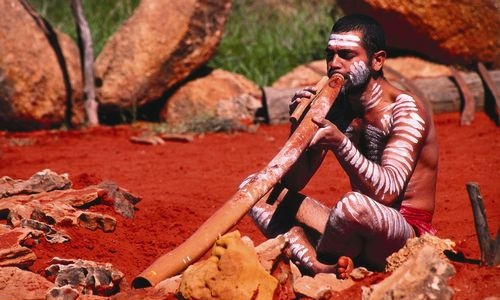 The Didgeridoo being played at a ceremony. 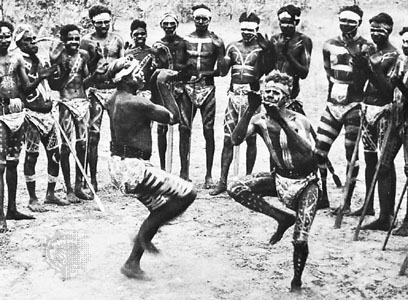 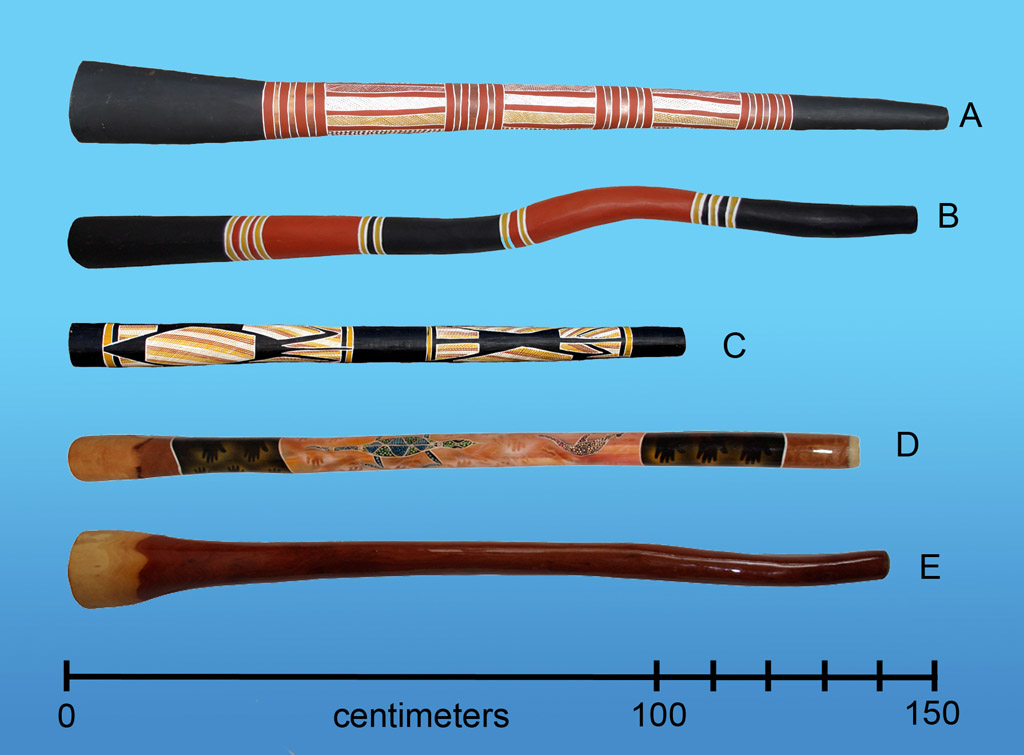 The Diverse History of Aboriginal Dance and Music

Aboriginal dancers and songwriters talk about the importance of spirituality and culture across the diverse styles of Aboriginal music and dance. Footage of a stage performance showcases one example of Aboriginal performance art.

Singing was an important part of Aboriginal life. The Aboriginal people had women’s songs and men’s songs, secret songs, and public songs. Some songs could only be sung during ceremonies. Others were for good luck in hunting, to make a child grow strong, to make rain, or to make someone fall in love. Songs for sorrow and grief that were sung at funerals. Other songs were little poems that expressed the composer’s thoughts or feelings at a particular time. People owned the songs they created, and songs could be traded.

Dance was usually associated with Dreaming stories and reenacted the creation stories.  The main musical instruments in North Australia were a Didgeridoo (a pipe made of straight, hollowed-out pieces of wood) and Clapsticks (two carved sticks struck rhythmically). Aboriginal musicians throughout Australia used Clapsticks. 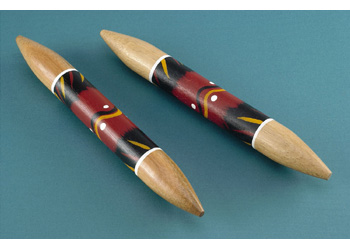 Few instruments are used in Aboriginal music as it is mostly vocal. They use instruments known as "Idiophones" to accompany songs. These are such things as clap sticks (two pieces of wood or bone), boomerangs, hollow logs and seed rattles or gourds. "Aerophones" (instruments you blow into) are also used but they vary depending on the region of Australian the people come from.  These instruments include folded leaf, bone or reed whistles, conch shells and, the most important, the Didgeridoo.

The Didgeridoo is made from a hollow eucalyptus branch, between one an two metres long. Traditionally only men play this instrument. It is played using a technique called "Circular Breathing" and creates a low pitched droning sound. Accompanying the didgeridoo, you will often hear the clap sticks. These are hand painted pieces of wood that are struck together to produce a rhythmic beat. 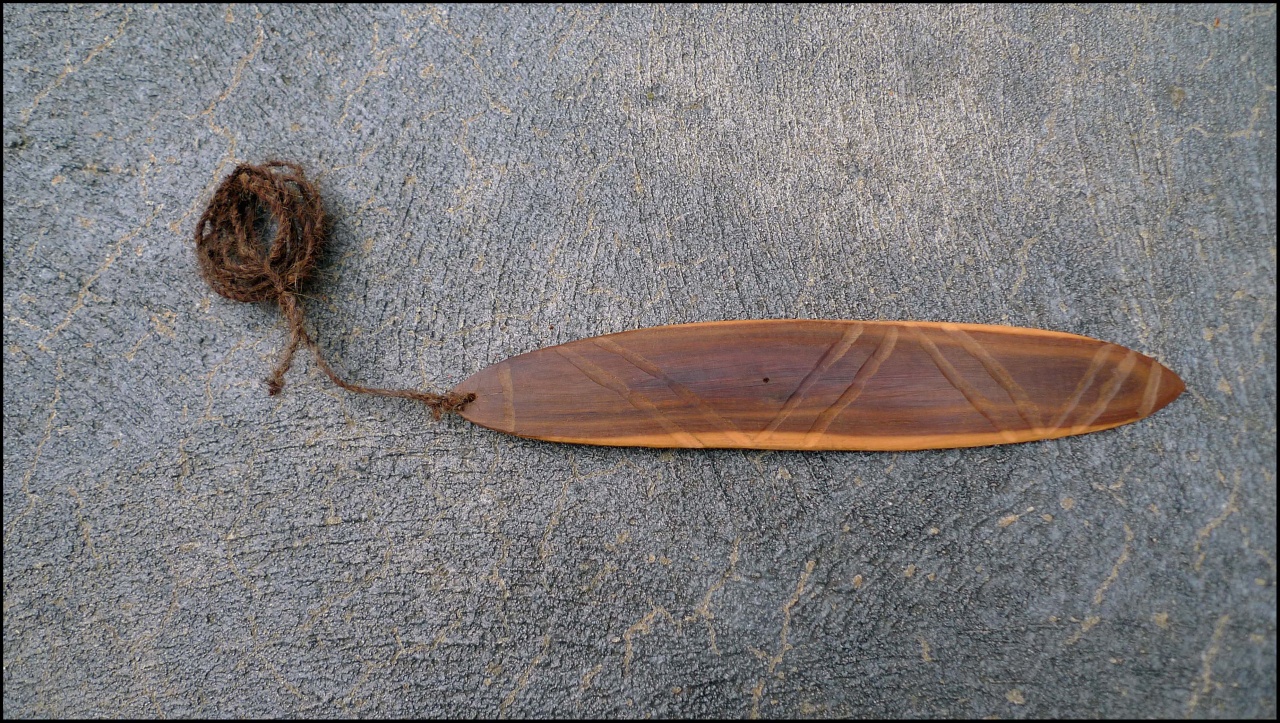 The bull roarer is a wooden slat approx. 30cm long which is whirled around on a long piece of cord.  When it is spun around it generates a pulsating high pitched sound that can be heard from great distances. It is an important instrument in initiation ceremonies and it was taboo for women, children, non-initiated men and outsiders to hear it.

The cattle stations in Bill Harney's Wardaman country were highly dependent on their Aboriginal labour force. Aboriginal people with no prior experience proved themselves to be highly skilled in working with horses and cattle. Their knowledge of their traditional lands was invaluable. This is the world Bill grew up in. He was breaking in horses at 7 years of age. Here are the Wardaman songs he sang to keep the cattle happy at night while droving cattle great distances.

Lead singer, Mandawuy Yunupingu, of the award winning band Yothu Yindi, gives a quick introduction to this song. Words of wisdom! Excellent video of a great song that brings all the cultures of the world together.