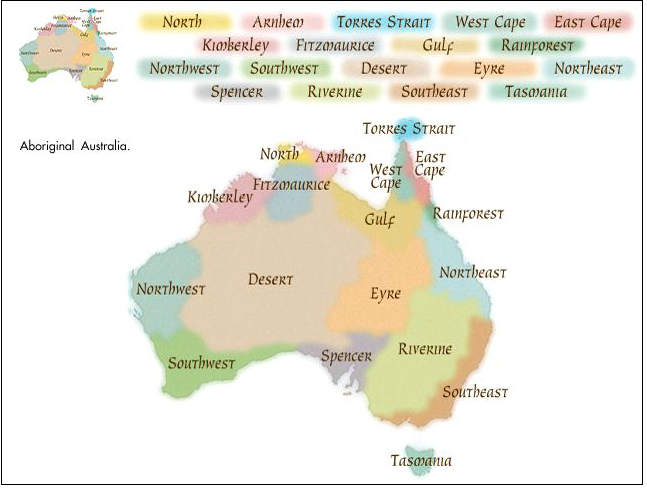 Click on the image above to go to this interactive map [Requires Flash]. Select each heading (at the top) to investigate the original Aborignal and Torres Strait Islander territories. 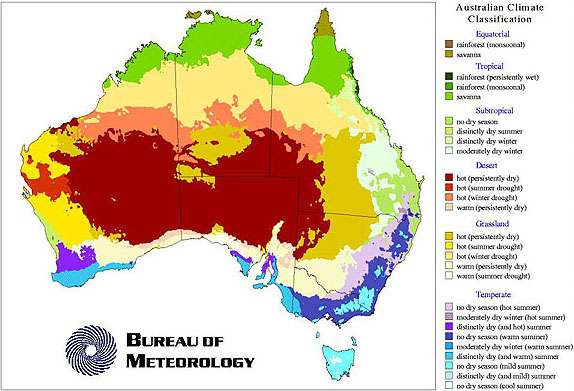 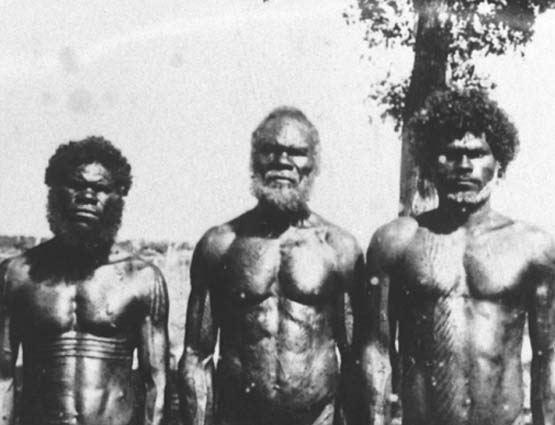 Who are the indigenous people of Australia? 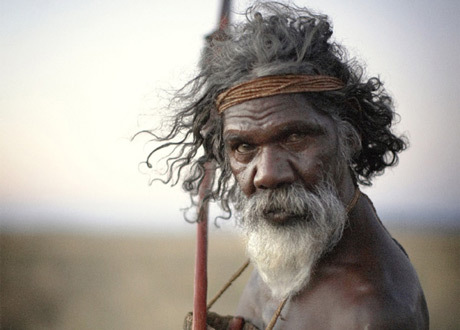 Historians believe the Aboriginal people of Australia are descended from people who arrived in Australia from Southeast Asia at least 50,000 years ago. Indigenous Australians believe they have always lived here, and that they were created by spirit ancestors. By 30,000 to 25,000 years ago, they had spread throughout the Australian continent. There were probably from 500,000 to 1 million Aboriginal people living in Australia when European settlers first reached the continent in 1788.  They are sometimes call aborigines, a name give to them by the early white settlers. It is a Latin word meaning "from the beginning."

Each different group, or 'mob,' such as the Eora, Yari-Yarit and the Noongar, has its own language. Some groups are small while others include hundreds of people. At one time, Aboriginal people in Australia lived by hunting animals and gathering plants. They moved from place to place. Tribes were divided into smaller groups that hunted and gathered food together. Families were very important.

Most Aboriginal people now live in towns. Many of them are not treated fairly. They often cannot get good jobs, a good education, or a decent place to live. Several Aboriginal groups have regained some of the land that once belonged to them. In 2008, the government of Australia apologized to the Aboriginal people for past injustices.