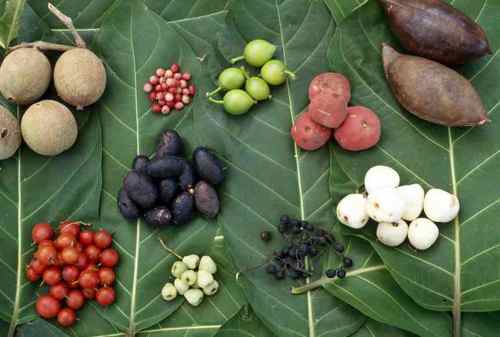 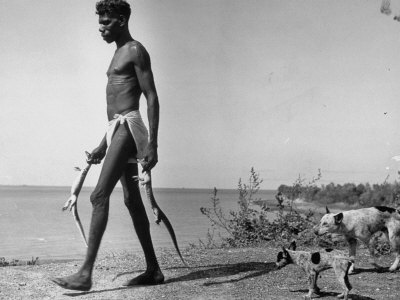 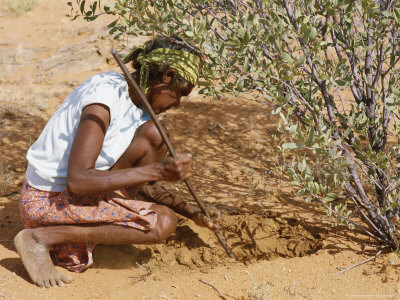 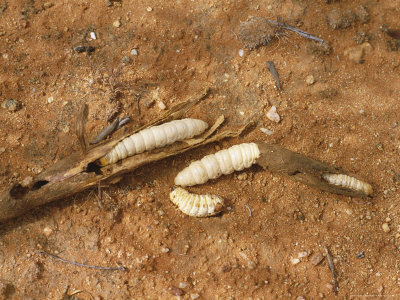 The grubs are larvae, found in the roots of the Witchetty tree.

Aboriginal people did not farm the land because they did not need to.  Instead, they would go out each day to hunt and gather food.  They also used practices that would encourage a supply of food all year round. Normally, Aboriginal groups were easily able to find enough food for their entire clan in three or four hours of hunting and gathering each day.  They know which fruit and animals are available at certain times, how to gather or hunt successfully and how to store foods. They know this because centuries of knowledge about bush tucker that has been passed by stories from one generation to the next, helping Aborigines ensure they don't overburden their food sources.

Popular meals include possum, kangaroo, wombat, dugong, fish and shellfish, eel, goanas, snakes, turtles, emus, and insects.  Food was always shared among clan members.  Kinship groups have their own special methods of cutting up and preparing meat.  Some animals might be roasted in coals, others roasted in a 'ground oven' of buried hot stones.  Paperbark and other fragrant leaves are also used to wrap up food and steam it or to give it a smokey flavour.

If a clan did run out of food, most had special places that they kept in reserve, known as 'living larders.' This might be a nearby river or a hive of honey bees.

One of the best know bush foods it is also one of the more elusive. The grub is the larvae of a moth and generally only found in central Australia. They can be found in the root system of the Witchetty Bush although not every bush will yield them. They have also been known to be found in the Bloodwood Tree. The taste is similar to scrambled eggs.

Aboriginal people were also aware that some plants and animals thrived following fire, so they would light fires at certain time of the year to encourage them. See the 'Hunting' tab for a video "Fire hunting in Australia." 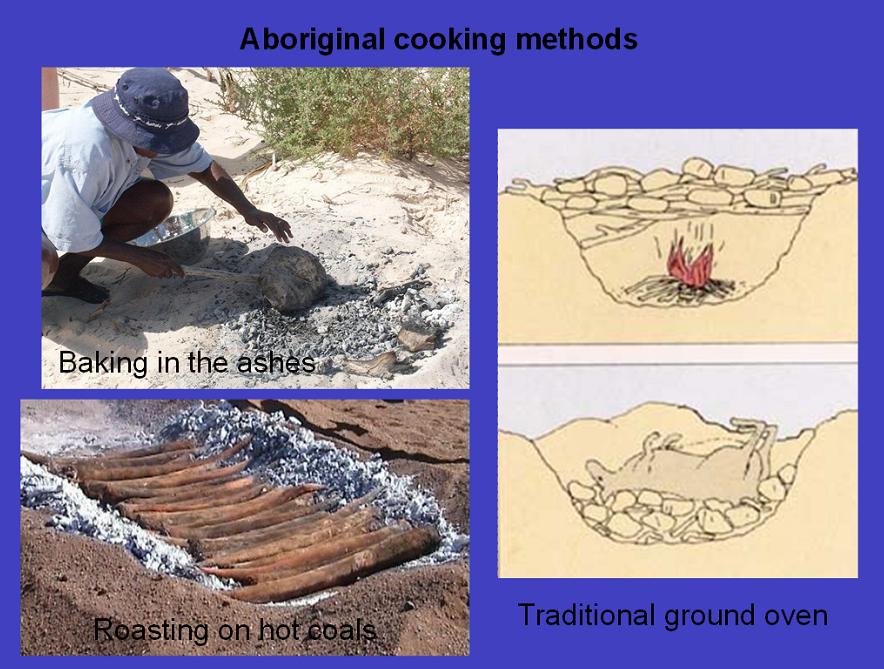 As part of the Tropical Rivers and Coastal Knowledge (TRaCK) research program, we documented and quantified Aboriginal social and economic values of aquatic resources and identified their flow links in the first study of its kind in Australia. The research was conducted over three years (2008-2010) in two tropical river catchments—the Daly River in the Northern Territory and the Fitzroy River in Western Australia—where water planners needed information on Aboriginal people's water requirements.

Narrated by traditional owner, Patricia Marrfurra McTaggart, this video focuses on the research conducted in the Daly River catchment.

All About Bush Foods : Traditional and Commercial Uses.