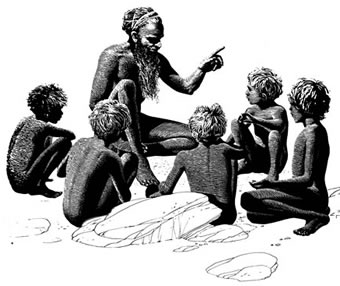 The Dreamtime stories were told to the children by the elders of the tribe. 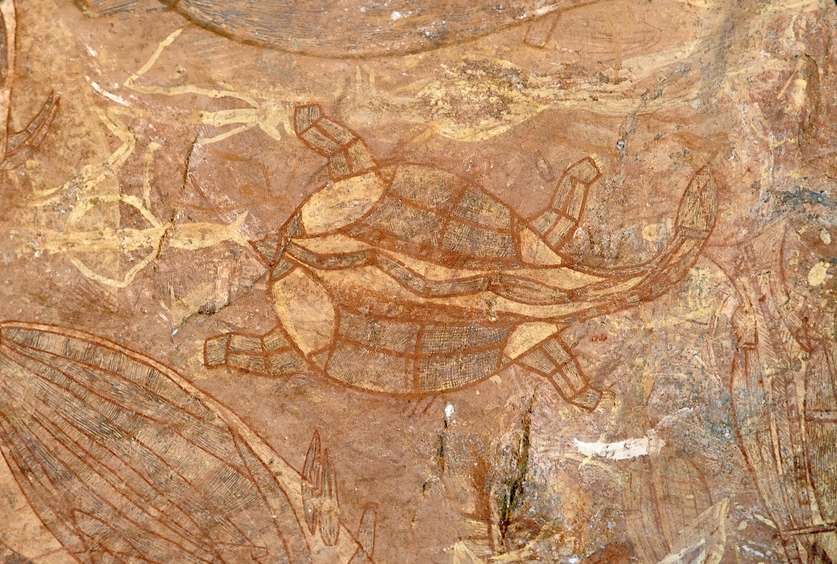 Rock art shows the story of the duck billed platypus. 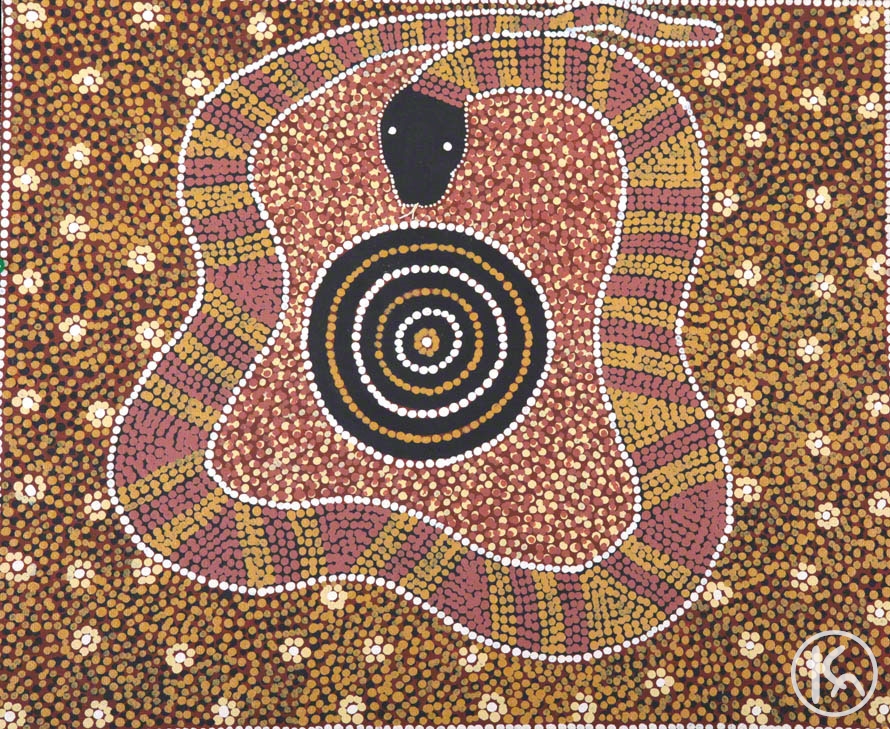 Snake dreaming tells us how the snake began.

According to Aboriginal beliefs, ancestral beings created the world long ago during a period we call the Dreaming, or Dreamtime. The story of the Dreaming explains the creation of the present-day landscape, animals, plants, and people. According to this belief, the ancestral beings traveled across the land, making and naming the places and people who would belong there. These ancestral beings never died but merged with the natural world. Some went into the sky or into the ground, or merged into hills, rocks, or water holes. Others became plants, animals, and people. They were shape shifters who could change back and forth between their human shape and their animal shape. According to their beliefs, even the sun and the moon once were ancestral beings who walked the earth. These beings are immortal and live eternally in sacred sites.

The Dreaming is the English language word used to describe this time of creation, most Aboriginal tribes have their own words.

Challenge: Can you discover the words used to describe "The Dreaming" by different groups, in their own language?

Before the moon was in the sky, he was a man who was very proud of his sons - until they disrespected him.