A play by George Bernard Shaw 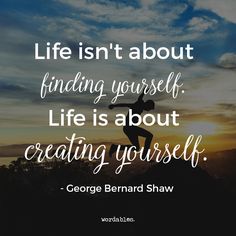 Pygmalion is a 1912 play by George Bernard Shaw, named after a Greek mythological character of the same name.

Professor of phonetics Henry Higgins makes a bet that he can train a bedraggled Cockney flower girl, Eliza Doolittle, to pass for a duchess at an ambassador's garden party by teaching her to assume a veneer of gentility, the most important element of which, he believes, is impeccable speech. The play is a sharp lampoon of the rigid British class system of the day and a commentary on women's independence.

In ancient Greek mythology, Pygmalion fell in love with one of his sculptures that came to life and was a popular subject for Victorian Era English playwrights, including one of Shaw's influences, W.S. Gilbert, who wrote a successful play based on the story in 1871, called Pygmalion and Galatea.

This is the Greek myth that is believed to have inspired the name for Shaw's play. Pygmalion was a sculptor who fell in love with a statue he had carved.

'You have no idea how frightfully interesting it is to take a human being and change her into a quite different human being...' - Higgins

For the first time in its history, the Abbey Theatre is delighted to present George Bernard Shaw's most popular play, Pygmalion. With all the parallels of a modern day X-Factor, an impoverished flower girl, Eliza Doolittle, is taken in hand by linguistics professor, Henry Higgins, and turned into a lady. For a bet.

Will she pass for a lady? If so -- what happens then?

Shaw's play is a sharp satire about class, a spirited comment on women's independence and a quick witted comedy.

Drama | derived from the Greek word meaning "action"; a performed version of a fiction

Allusion | a figure of speech that references another work of literature, myth, historical event, or person

Pygmalion | a figure from Greek mythology; Pygmalion was a sculptor who fell in love with a statue he had carved

Act | a division of a play

Scene | a division of an act

Dialogue | spoken lines in a play

Soliloquy | when a character says his/her own thoughts aloud

Prologue | an introduction to a play

Setting | the time and place the action of the play occurs

Comedy | a story in which the hero wins, usually funny

Tragedy | a story in which the hero loses, usually sad