Have you found a good resource? 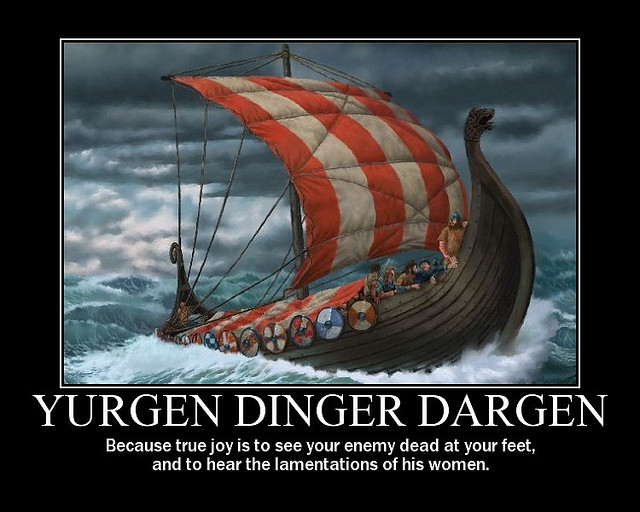 The Warriors of the Norse Viking Age [Documentary]

This educational video explains the Viking history and legends. Vikings were Germanic Norse seafarers, and spoke the Old Norse language, and raided and traded from their Scandinavian homelands across wide areas of northern and central Europe, as well as European Russia, during the late 8th to late 11th centuries. Contrary to popular belief, Viking activities were mostly farming and trading, raiding could be essentially termed as pirating. Their writing language used runes and symbols. Most didn't learn English until long after the Vikings were converted from Paganism to Christianity. The term is also commonly extended in modern English and other vernaculars to the inhabitants of Viking home communities during what has become known as the Viking Age. This period of Norse history, mercantile and demographic expansion constitutes an important element in the early medieval history of Scandinavia, Denmark, the British Isles, Ireland, France, Kievan Rus' and Sicily.

The Vikings were the first Europeans to sail and land on the American continent as settlements founded in around 1000AD on the east coast of the United States have long been known.

How we view the Vikings has been changed over time due to modern animated film and media.

Discuss with reference to a Viking Source (a Viking saga), an English Source (Lindisfarne) and two other movies or excerpts from movies.

CHECK THE MARKING KEY - YOU NEED TO INCLUDE INFORMATION ON