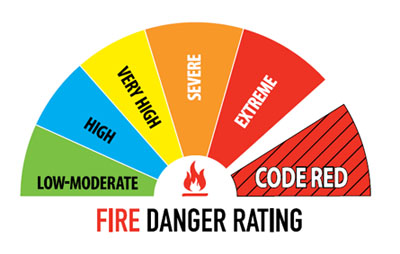 Living with Fire: Bushfires and land management in Australia

The positive and negative effects of fire on Australian ecosystems are debated in this program.

Firestorm: caused by a wildfire, or multiple wildfires in the same area. The heat from the fire creates its own wind system, and this can lead to very strange weather effects.

Pyrocumulus: a "fire cloud." As the smoke from the fire rises, it condenses when it reaches the upper atmosphere. The water comes from moisture already in the atmosphere as well as the water evaporating from the burned plants fueling the fire.

Pyrocumulonimbus: a "fire storm cloud." These can produce lightning, which could set off even more fires. They also generate stronger winds, which fan the fire, making it hotter and helping it spread.

Fire Tornado: This is not really a tornado at all. Fire tornadoes aren't formed by conditions high in the atmosphere; they're created by hot, dry air rising rapidly from the ground. In that sense, fire tornadoes have more in common with whirlwinds or "dust devils," which typically form on hot, sunny days when the ground heats up the air nearby.