For Year 8 English students at Carramar.

What is a short story?

A short story is a story with a fully developed theme, however, it is significantly shorter and less elaborate than a novel.

A Short Story usually has one plot, and can be read in one sitting.

The title will generally indicate what the story is about.

This is the time and place of where the story occurs.

This is the sequence of events in the short story. The reader can identify a beginning, middle and end.

5 Essential parts to the plot:

It is the author's underlying meaning or main idea that he is trying to convey.

The persons (or characters) in a piece of fiction. One person is central to all the action in a short story. The main character is called the  Protagonist. The Antagonist is the opposer to the Protagonist, a simple example is Harry Potter and Lord Voldermort.

The person who is telling the story.

Point of View: Click the images below to read about the different points of view. 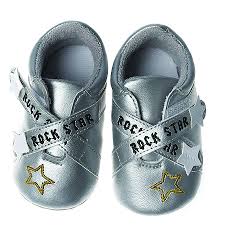 Have you thought of looking at the lyrics of music for a short story?

Try looking at the lyricd of "Enter Sand Man", by Metallica. What is the title? Who is telling the story? Who is the main caharacter, (protagonist)? Who is the anagonist? What is the conflict or struggle in the song?