Click on this image to find to go to a brief science historical perspective on the atom: 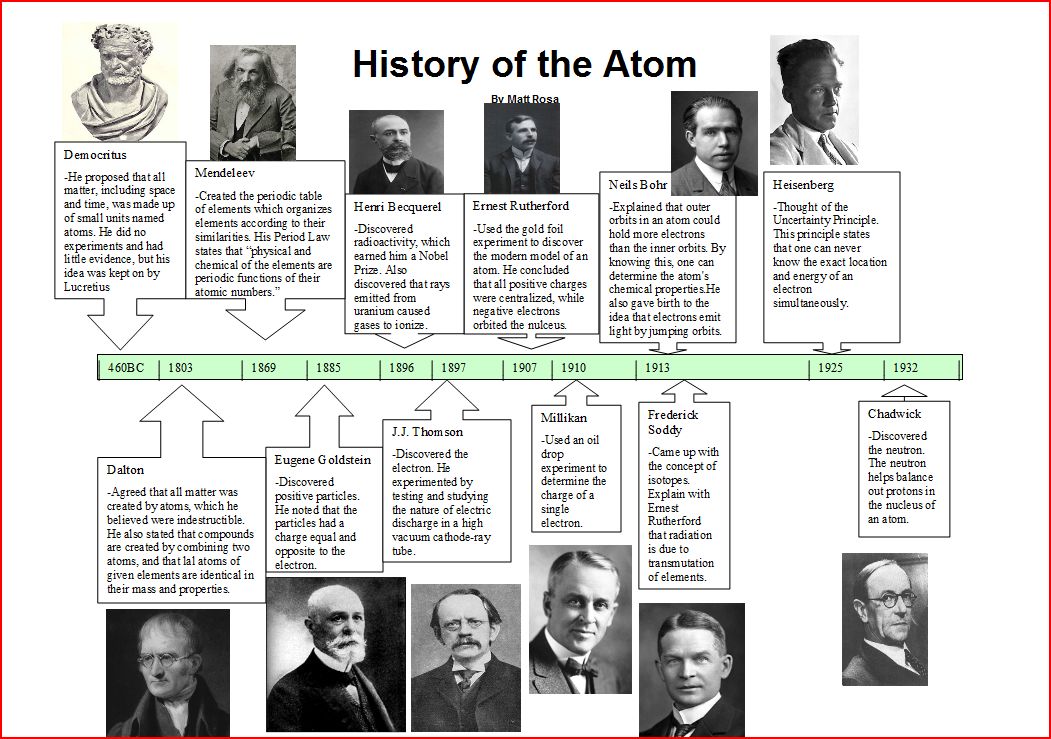 Atom - The smallest object that retains properties of an element. Composed of electrons and a nucleus (containing protons and neutrons). Atomic Number - Number of protons in an element.

Orbitols - An energy state in the atomic model which describes where an electron will likely be.

Nucleus -The central part of an atom that contains the protons and neutrons. Plural nuclei.

Photon - Massless packet of energy, which behaves like both a wave and a particle.

Proton - Particle found in a nucleus with a positive charge. Number of these gives atomic number.

Valance Electrons - The electrons in the outermost shell of an atom.

Single Bond  - When an electron pair is shared by two atoms.