Clarence loves the diversity of Australian native plants, and their clever adaptations that allow them to survive in a huge range of conditions. But what he really loves about our native plants is the many ways they can be used.

Catch & Cook : Bush Tucker Australia - What You Can Eat!

Watch as a group of Aboriginal city children are taken on a trip to the country to find out how to make a didgeridoo, use bush medicine and what plants and insects can provide food. How important do you think it is for all of us to gain an insight into their Aboriginal heritage so that it can be kept alive for future generations?

Australia's native plants are not only beautiful to look at, but many can also be used as medicine and even food! Join Costa and Jody Orcher on a tour of the Royal Botanic Garden Sydney and learn about some of the native plants that can be eaten. What are some of the plants mentioned, and have you heard of them before?

How To Eat Warrigal Greens

Learn how Warrigals greens were used by early settlers to combat a common disease of that time.

When did humans begin grinding seeds to make flour? Many people believe bread-making began in Egypt or Mesopotamia as long as 17,000 years ago. Archaeologists have recently found evidence that Indigenous Australians were producing flour 65,000 years ago. Were they the world’s first bakers? 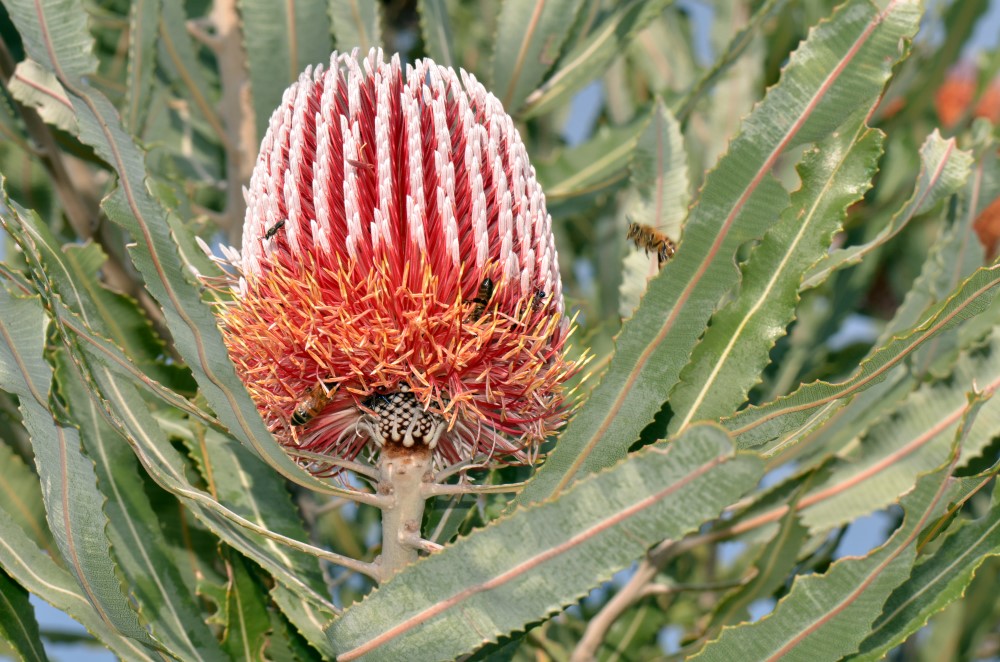 Firewood banksia flower (Banksia menziesii), found from Murchison River to Busselton – one of 60 species of banksia native only to south-west WA. Infusions of banksia floweres were drunk to relieve coughs and sore throats, or for a sweet, refreshing drink.