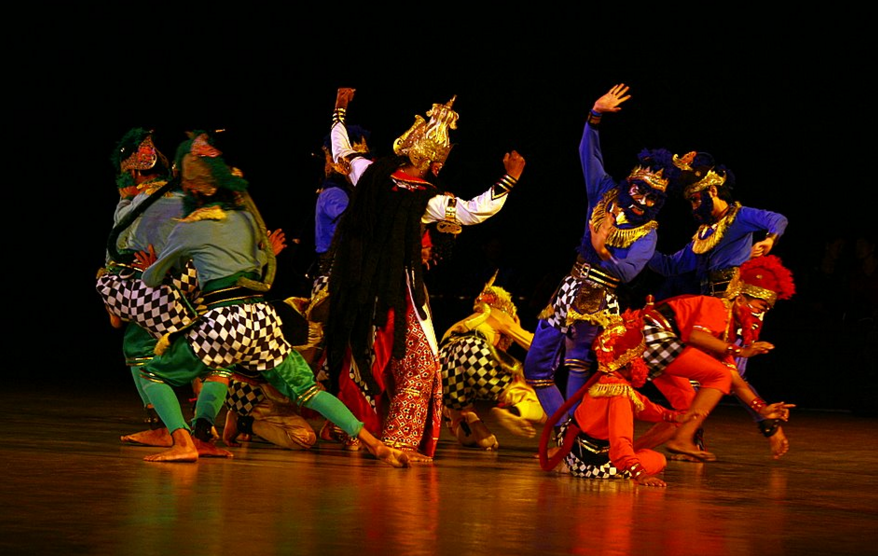 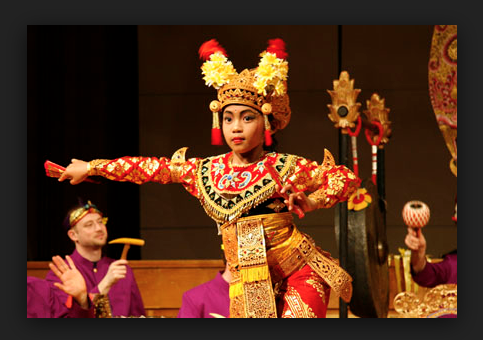 The culture of Indonesia has been shaped by long interaction between original indigenous customs and multiple foreign influences. Indonesia is centrally-located along ancient trading routes between the Far East, South Asiaand the Middle East, resulting in many cultural practices being strongly influenced by a multitude of religions, including Hinduism, Buddhism, Confucianism, Islam and Christianity, all strong in the major trading cities. The result is a complex cultural mixture very different from the original indigenous cultures.

Examples of cultural fusion include the fusion of Islam with Hindu in Javanese Abangan belief, the fusion of Hinduism, Buddhism and animism in Bodha, and the fusion of Hinduism and animism in Kaharingan; others could be cited. Balinese dances have stories about ancient Buddhist and Hindu kingdoms, while Islamic art forms and architecture are present in Sumatra, especially in the Minangkabau and Aceh regions. Traditional art, music and sport are combined in a martial art form called Pencak Silat.

Western culture has greatly influenced Indonesia in science, technology and modern entertainment such as television shows, film and music, as well as political system and issues. India has notably influenced Indonesian songs and movies. A popular type of song is the Indian-rhythmical dangdut, which is often mixed with Arab and Malay folk music.